As I get ready to go away for a week, I’m wrapping up my spring garden by harvesting the rest of the spinach and the bok choi and freezing the part I can’t eat. I’ve been eating the asparagus (and feeding it to friends) pretty much as I’ve gone along. I had a great harvest this year! The lettuce is great, but I can’t freeze it, so some will probably be wasted. And the early peas are just starting now, which means some may go by before I get back. I’ll let one of my friends know that she can come over and pick. And there’s kale, but I’m hoping that will hold until I get back. Here’s a look at the spinach and the first of two bok choi harvests: 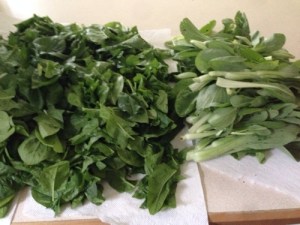 The warm weather crops are all in and I just planted a second round of corn and beans. I started the peppers and tomatoes inside from seed, and they were very slow to get going, so I’m hoping they will catch up now that they’re outside.

I did have a little problem with what I think was a deer hopping over the fence and munching on the growing tips of my sugar snap peas on one side of the trellis. Here is the impact point where he/she landed: 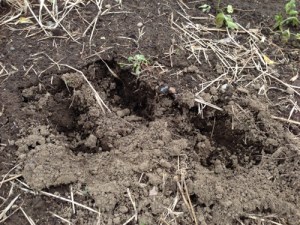 And here’s the bitten-off tops of the pea plants: 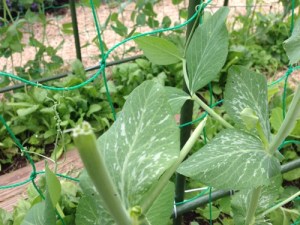 So it goes. There is still plenty of stuff left for me.

A few plots over, one of the gardeners changed his mind at the last minute and decided to give up his plot and the 5 bales of hay he had already paid for. So I spread the hay and planted 5 rows as follows: pumpkins, dragon gourds, buttercup squash, butternut squash, and melons. The dragon gourd seeds were a gift from a friend and they looked really odd: 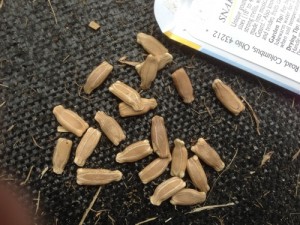 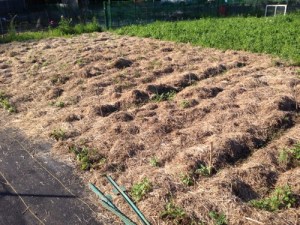 But thanks to the recent rain, the seedlings are coming up: 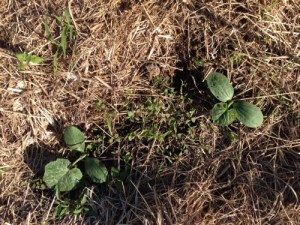 And I expect that patch to be covered with vines in the near future.

The gardener next to me is way behind in his planting, due to family obligations, but was out with his young son yesterday afternoon getting some plants in. He paid me a lovely compliment, saying that he wasn’t planting anything tall on my side because he liked the view toward my garden. Called it a “borrowed landscape” (he’s a landscape designer). I went over to see my garden from his angle and caught this lovely view backlit by the late afternoon sun: 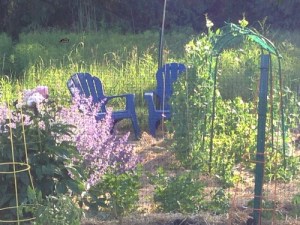 That’s peonies and catmint on the left, parsley in front, and peas on the trellis the right. (Note that there are peas on only one side of the arbor – that’s due to the deer. Behind the blue chairs is a section of the hayfield that is left to grow wild as a wildlife-friendly meadow with milkweed, queen anne’s lace, and other wildflowers.

I’ll do one last pass of weeding today and then cross my fingers that everything survives for the week I’m away. 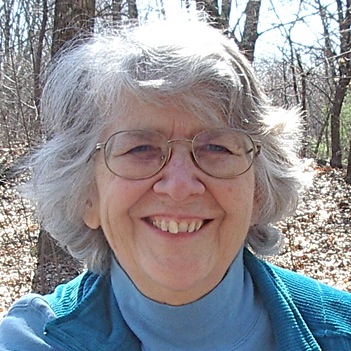